Its a Pandemic, and you are  almost the last survivor in the world! Left click on monsters to kill  them and right click on humans turning into monsters to save them. Monsters are orange and humans are green. If you save a monster or kill a human you lose. Don't let them touch you, or you also lose. Good luck...

i had a real hard time finding out what was a human and what wasnt but other than that, good game!

Really cool, at first i didn't understand it, but then read how to play (you could separate game story, from how to play) and now i can really appreciate the concept,but game has few glitches/bugs, first you should disable fullscreen button on itch.io, because now you have 2 fullscreen buttons (one from itch, one from webgl), which makes stuff glitchy,also you could add weapon flip, and you could add +90 degres to spawned bullets, because now they are sideways

Read the How to Play option. If you save(right click) on an enemy u lose, or if u kill (left click) on a human you also lose... That's the catch of the game...

A fun addictive little game! I had a good time! :D It would be cool to have a little hi-score counter, I'm not too sure what my best score was, I think I got around 180. :)

Awesome! Glad you Enjoyed it... I totally forgot about a high score counter, thx for reminding me lol 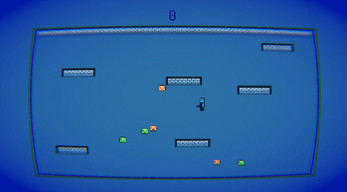 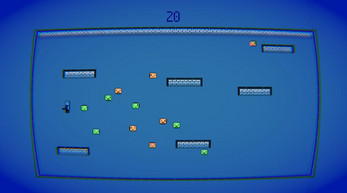 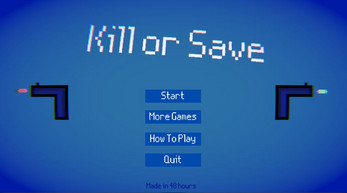